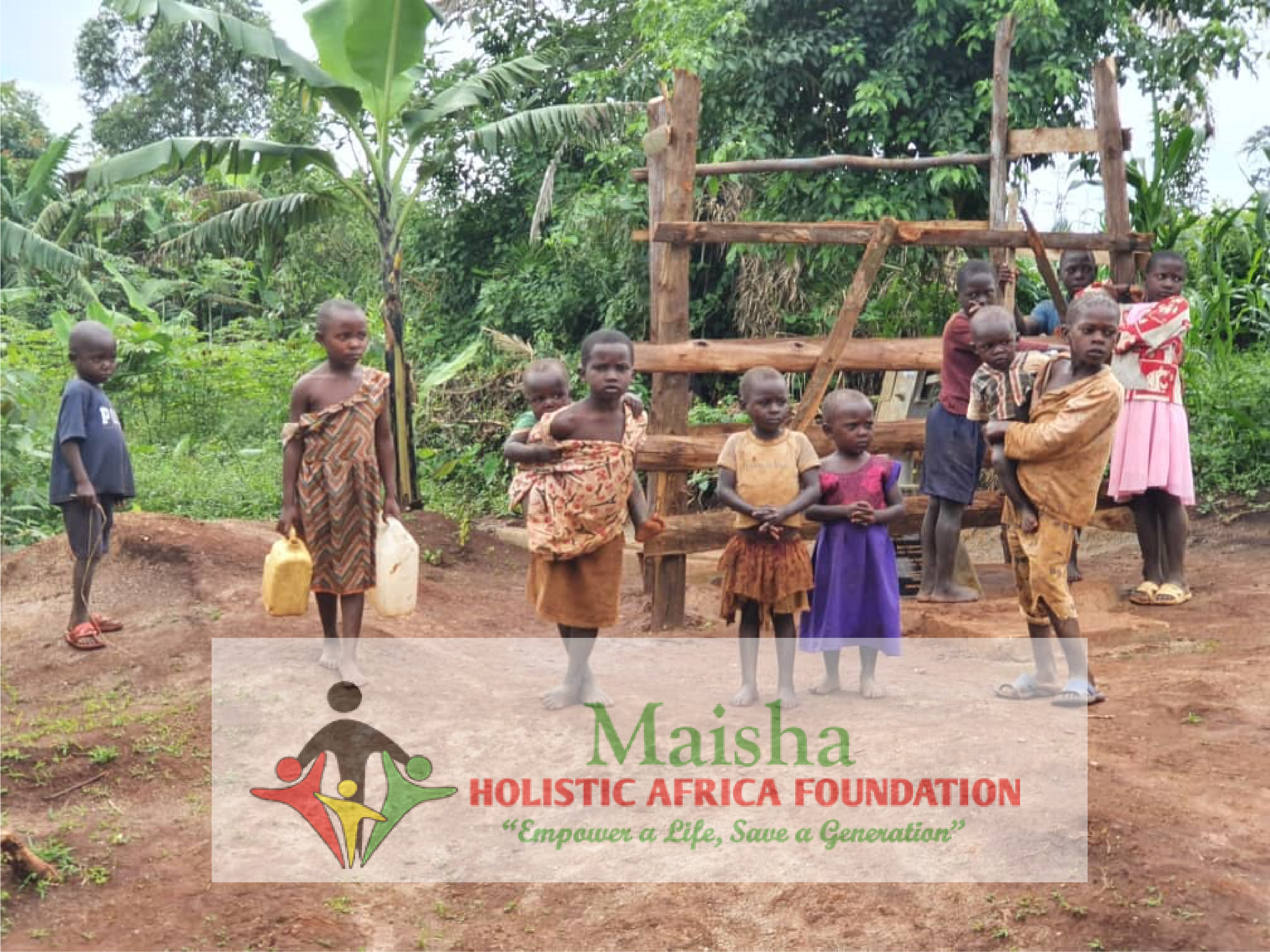 Stories of clean water in Kagadi are also stories of triumph and Victory.

When mothers gather in the village watering hole, they discuss how lack of it does not only bring diseases but even claim lives. For their children, it is dropping out of high school to help fill the family’s storage from a source that sometimes take a day of walking.

Our culture requires for a girl child to fetch water for use in their homes. Many girls from Bunyoro Sub-region skip school because no matter how early they wake up in the morning to do it, they end up waiting in a long queue that meant being late in their classes”

Lack of water in the villages has always been in contrast with the government’s campaign promoting girl child education. Often missing their classes, the girls end up marrying early than studying.

Today, a huge burden for girls has been lifted. “Many parents in this community are now aware of the importance of sending girls to school. Maisha, Fusion and CEED are delighted to report that from the communities that have received boreholes girls are able to access school. 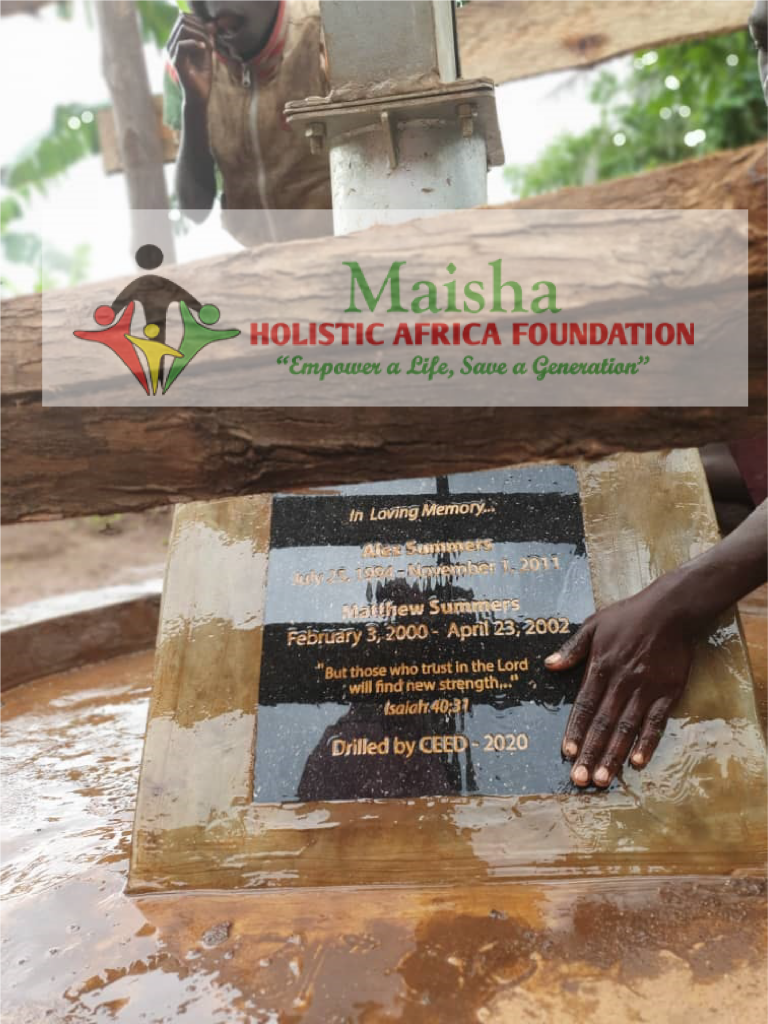 The communities have organized committees, who lead in collecting fees for maintenance of the borehole, keeping the area clean and safe by building a fence, planting grass and putting stones to avoid mud.

Maisha is planning to invest in other projects such as food security and reach out to other villages so they will have their own boreholes. “After the borehole was built and water source is nearer to the people, Kenga is not the same”, said MHAF Executive Director Robert Kikomeko Tumusabe.

Kemigisa Lilian is a mother of three a resident of Kenga A, Kagadi Subcounty. She has lived a bitter life due to lack of water for home use. Rivers as an alternative are nowhere in sight to make matters worse.

At the centre of the complaint was how to raise her children so they live a healthy life, go to school after taking a bath and above all for cooking.

“Any domestic work that required water was a challenge. My children suffered a lot. They went to school without a bath and on empty stomach. Clothes were not regularly washed too,” says Kemigisa Lilian.

She did not see any drop of water flow from a borehole or tap since her birth 29 years ago. Suffice to say that she spent more looking for water.

Provision of water has also improved the health-being and sanitation in schools in Kagadi because learners afford a bath and put on well washed clothes.

“We could not have water. Our children were always late for school. We could not imagined having a borehole,” another mother echoed.

“We depended on unprotected water sources before this borehole was sunk. Our children were affected when it comes to punctuality in schools,” says Yasinta.

According to her, women spent hours queuing for water at a distant place.

“Our children, especially girls would be late for school in most cases as they assisted us fetching water. We used to leave our homes as early as 4am to draw water in another village.

“We wanted our children to have breakfast and a bath before leaving for school,” says Yasinta, a mother of six and one grandchild.

With the borehole in place in the area, women and children praise Maisha Holistic Africa Foundation. Most of them said they will ensure that they care of it to increase its life span.

“We have suffered a lot in areas of hygiene and sanitation; therefore, we cannot afford to lose this borehole just like that,” said Kyalogonza another mother of three.

The director for women and legal affair at MHAF Milly Nassolo assured the women of the many more programs that are coming their way to help support the girl child and women. “Maisha is committed to bringing services that empower the girl child and women to you. When the women in the community are happy, healthy and energetic the community develops at a high rate. Women are the back bone of development” she said. 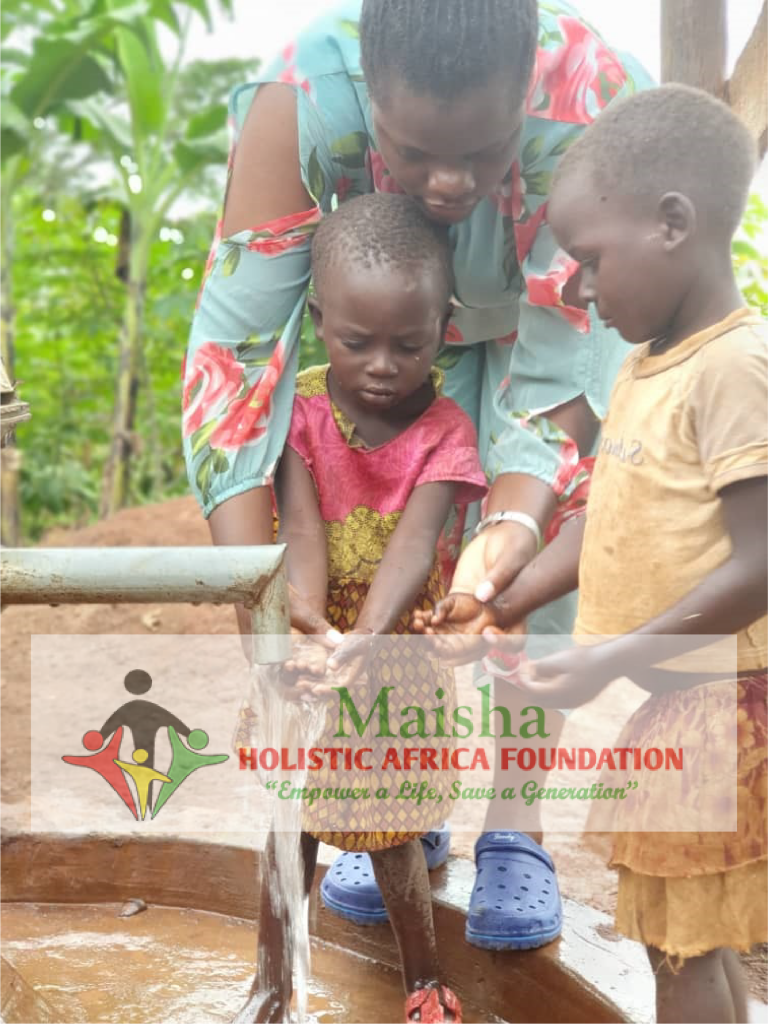