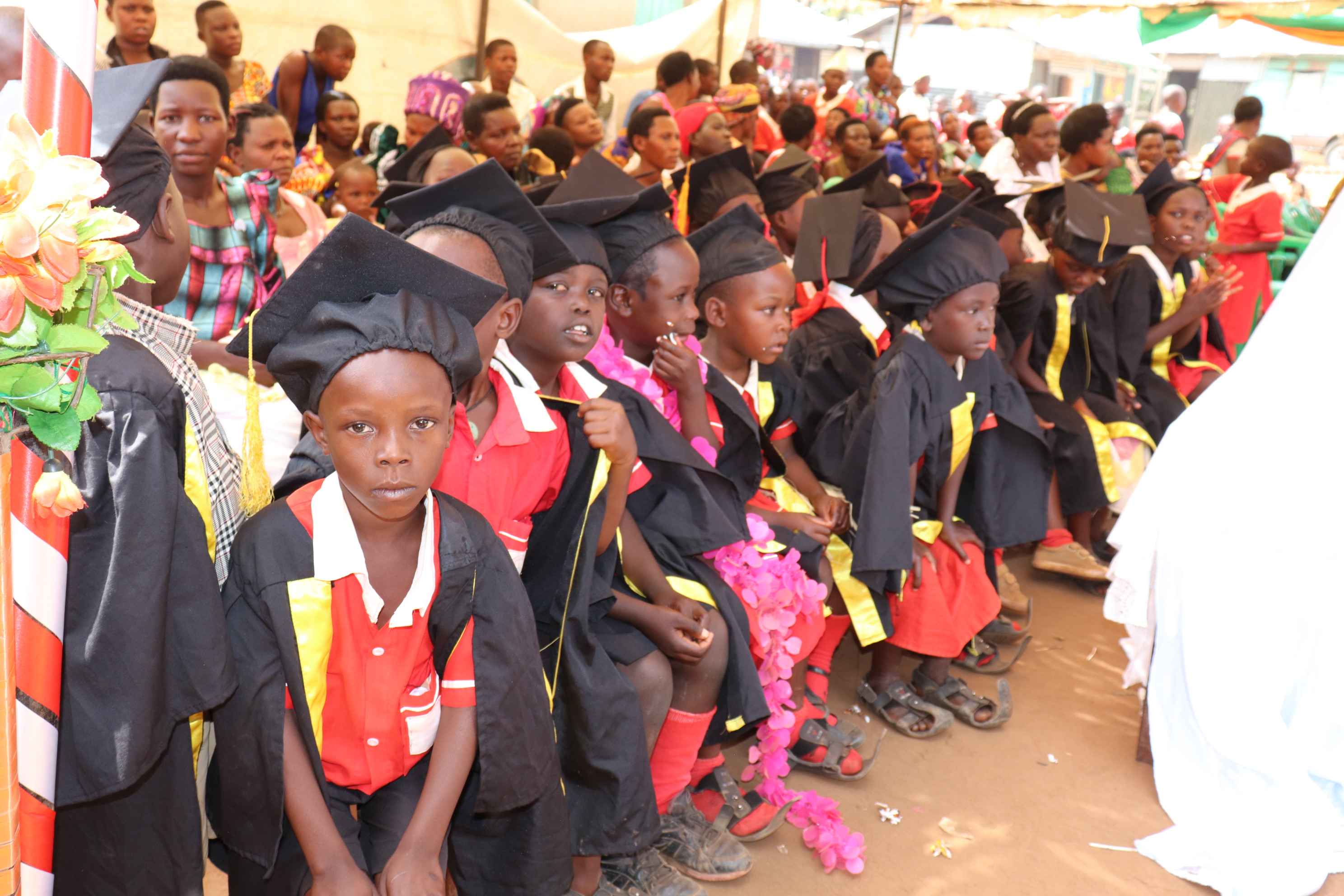 On the 23rd of November 2015, we celebrated the end of year for Maisha Kindergarten and primary school. on this day the kids who completed their kindergarten level graduated to go to primary, we also had a Christmas party where the kids received presents for Christmas and those who had performed well were given presents to appreciate the for their hard work.

In his speech, the executive director Mr. Tumusabe Robert Kikomeko  thanked the teachers for the great work done to ensure a successful end of year and he further thanked the parents and guardians of the kids for choosing Maisha Kindergarten and to also to support the kids in school. Further more the executive director assured the people how  the organization is committed to continuously support the vulnerable kids, he promised to add more classrooms to accommodate the kids who have graduated  to primary section.

The guests of honor Meg Foley and Joe Pecorino, thanked the community for their big support to the children more especially bringing the orphans to school, they further thanked Maisha Holistic Africa foundation for opening up Maisha Kindergarten and primary school to promote education more especially for the orphans and vulnerable kids. 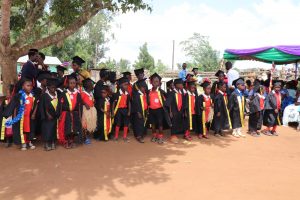 Special thanks goes to our partners in the US who contributed towards the ceremony and those who donated stuff to give to the children as presents for Christmas. our dear friends sponsor kids like our friends from Life stone church, Darin and Tiffany Freeman, Nathan and Lindsey Veach from Iowa, Nick and Brianne Kiley, Todd and Amanda Wellman, Clint and Jamie Kaeb and many other people who partner with us to see that this great work moves forward. May the good Lord bless you so much